What is Private Property? Reconciling The Universal Destination of Goods with Private Ownership.

Recently, while debating the merits of transferring the economic burden of health care from the private sector to the government, I revealed my personal struggle with social obligations, charity, and the role of government in making certain that we meet such obligations as well as the implications of the latter for private property rights. My friend Kyle Cupp invoked the Catholic doctrine of the Universal Destination of Goods - the principle that God created the world for all people, not just for some, and that the goods of the world are meant to be shared, not horded. I could not reconcile this principle with my intuitions about the right of individuals to own private property. But as a faithful Catholic, I know that when there is a conflict between my fallible intuitions and divinely revealed truth, there is no question about where the error must be.

I was left with my continued assent to Church teaching, but no understanding of what I was supposed to believe . My false intutions about ownership and private property were not immediately replaced with the truth. They were evacuated of meaning entirely. I had to re-examine them at their root and start over. I had been giving lip service to Christian stewardship but taking private property as properly basic, as an ethical and metaphysical first principle, and I should have known better.

I blame Ayn Rand. I had recently read Atlas Shrugged, The Fountainhead, and Anthem, in that order, and sometimes her philosophical passion can very persuasive.

I thought about what property is, what it means to say that someone owns something. I have concluded that there are two very different conceptions of the origins of property ownership, one secular, one traditional and theistic. They are irreconcilable.

There has not always been human ownership of property, as there have not always been humans. The world existed before people were around. At some point, there was a first ownership, an original taking possession of something. There was a first piece of private property. What was that? What happened to make this thing property? Was it some man staking a claim on some piece of land - some expanse of earth on which to grow crops for food or raise livestock, or both? Was it some river for fishing? Whatever it was, it involved some person encountering something that already existed independently of people and making a first claim, saying of it “Mine!” What gave that person the right to do that? Is the right to private property derivative of our right to survive? From a secular point of view, what justifies the claim of ownership is its originality (no pre-existing competing claims) and the use of force to protect that claim. As far as I can see, that is it. From a secular point of view, all property taking amounts to, its whole metaphysical character, is force, and the threat thereof. Why is this land mine? Well, there was no one else around and it didn’t belong to anyone so I took it. Try to take it from me and see what happens. From the secular point of view, the right to possess property is ultimately justified by nothing more than my power to use force in order to keep it. But if that were the case, then it ultimately about Might, not Right, and if someone has the power to take something from me, he can not only take possession of it, but also ownership of it, as legitimate an ownership as the original owner had, and he will remain the owner for as long as he can keep it, until someone else takes it. At its deepest level, the secular view, lacking a divine guarantor of rights in general, has no way of founding a right to own property in anything more fundamental than the power to keep what one has taken, and thus he must rely on the self-interested agreement of others, not only for his ability to keep what he has, but for his right to do so. But if property posession is ultimately just an exercise of power, not a divinely guaranteed moral right, then there is no rational ground for a moral objection to the public seizing private property in its own best interest. That is where Rand is incoherent. She wants private property to be an absolute right, but she denies the existence of the God who is the source of rights. She wants the Self to be the source of rights and ethics to be nothing more than self-interest. But what justifies the interests of one self over another? Nothing that I can see other than the power of that self to defend his or her interests, by force if necessary.

Very well, then God exists and He gives us a right to own property, to encounter the unowned and stake a claim, to make it “Mine!” What then? From there it depends on what God’s will is with regard to property ownership. What is the divine intention behind my right to take possession of something unowned object or territory of which I take possession,or to own the fruit of my labor, or the results of my creative and intellectual work? All of these endeavors involve staking some kind of claim on something that already existed, either in potency (inventions) or in act (divinely created goods, pre-existing material). What is God’s intention in justifying that as a right? That is where the doctrines of stewardship and universal destination of goods comes in. As stewards of God’s created world, property owners enjoy a great deal of discretion and divine sanction to share the goods of this world, primarily with the family that He, in His providential wisdom, has placed in their care, and, with the excess, for others. But the goods of this world are not intended by God to be just for some - they are for all. That does not mean that I have a right to your stuff. Your stuff is yours by God’s providence, and the justification of taking from one of God’s stewards that which He has placed in his care is no light matter, and cannot rightly be done in a way that does not respect God’s decision to place those goods in that steward’s hands. Nevertheless, it is now much clearer to me that private property is not an absolute right. I am still working on reconciling my mind to the doctrine that the state has a role in re-distributing goods by force in the interests of social justice, but the main barrier, my unreflected assumption of the right of private property as an absolute, is gone.
Posted by Kevin T. Rice at 2:40 PM 5 comments: Links to this post 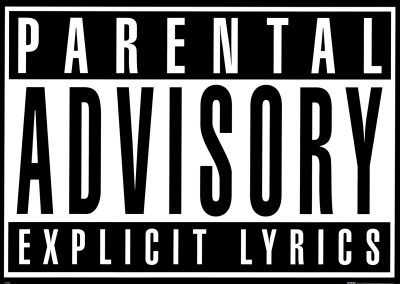 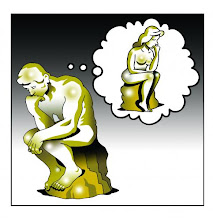